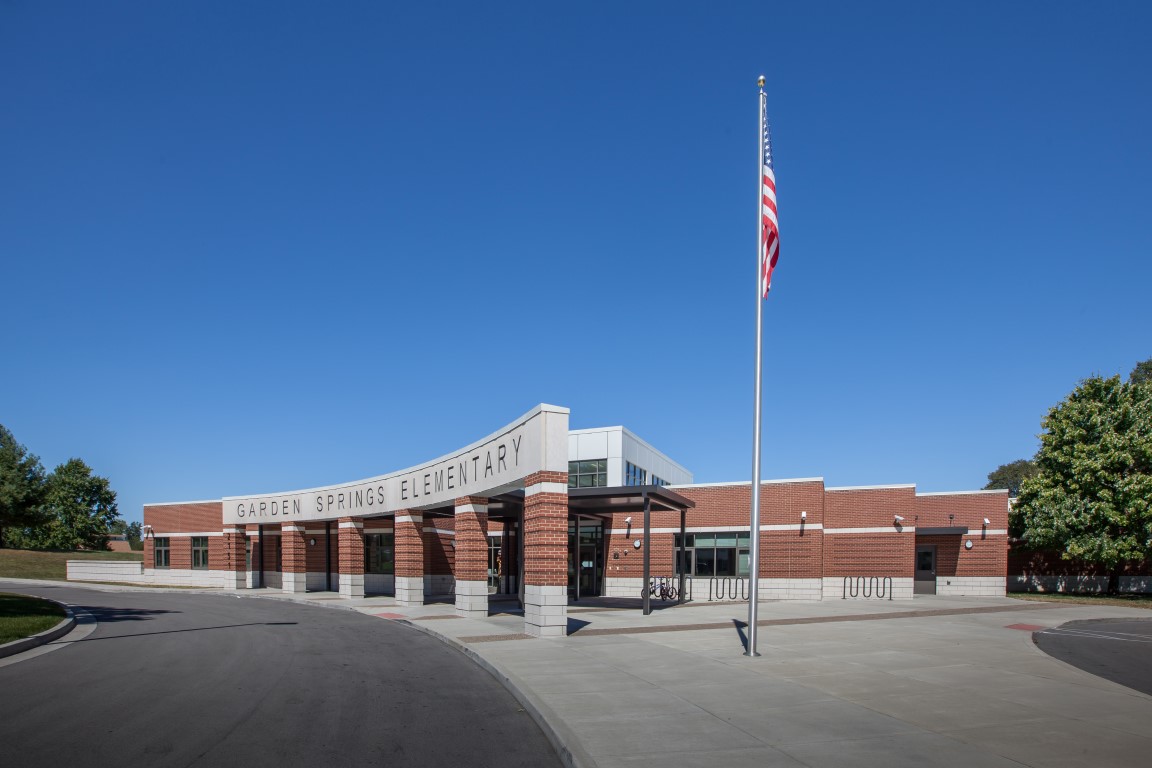 The expanded and renovated entry, created a safer vehicular traffic pattern for bus and parent drop off/pick up areas. 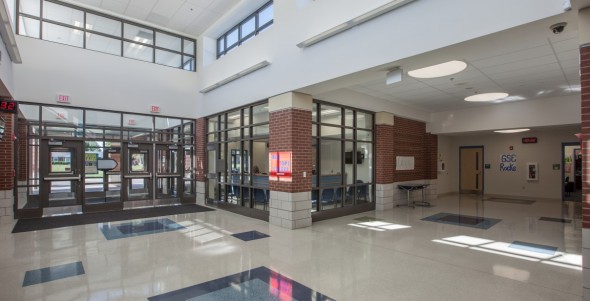 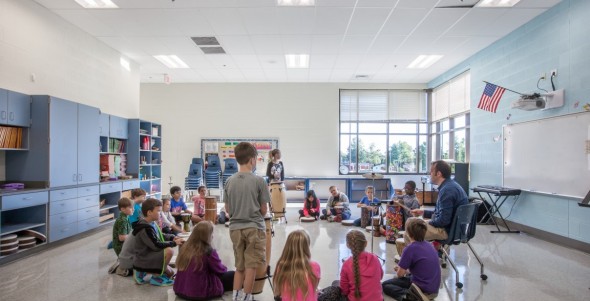 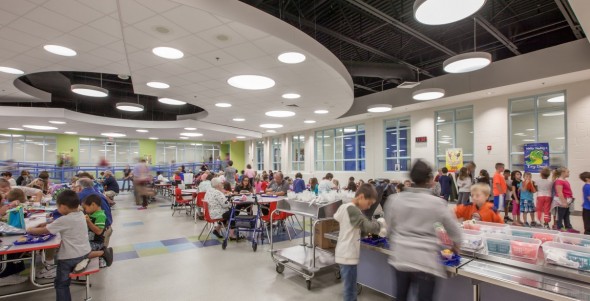 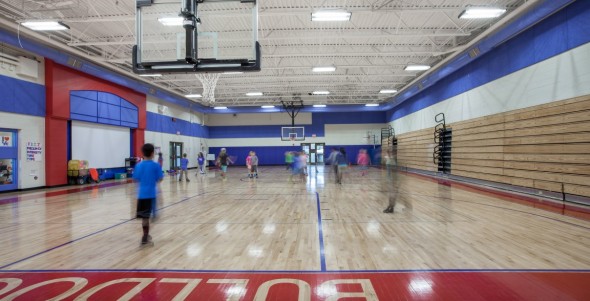 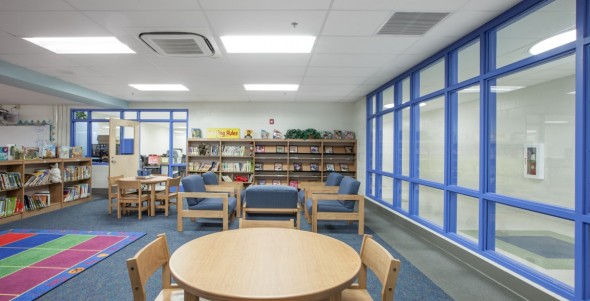 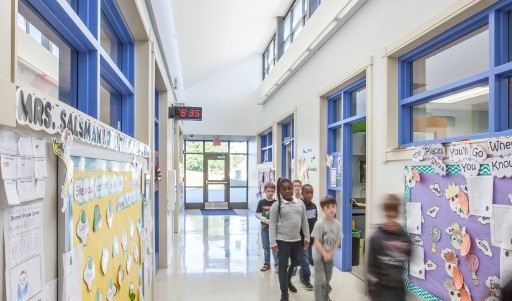 Early in the programming and design phase, Sherman Carter Barnhart worked with FCPS to develop a plan that meets the needs of the teachers and staff.

Originally constructed in 1964, Garden Springs Elementary School was one of the first open-classroom schools in the nation. Space was added to the building in 1968, and in early 1988, the school suffered extensive fire damage. It was rebuilt with self-contained classrooms and re-opened in August 1988.

Functionally the school was no longer very efficient due to increased student occupancy, and key undersized areas such as the administrative suite, cafeteria, kitchen, gymnasium and media center. The school was also in need of additional classrooms. The site was lacking in parking, which was compounded by an unsafe vehicular traffic pattern for bus and parent drop off/pick up areas.

Overall the building was very energy inefficient. To increase the energy efficiency, the roof and windows were replaced, and a new variable refrigerant volume system with individual room controls was installed. The new site design revises the bus/parent drop off/pick up areas, increasing the capacity and eliminating safety concerns.

Due to the need of the existing building remaining in operation during construction, the project was designed for construction to occur in sequenced phases. 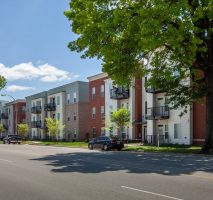 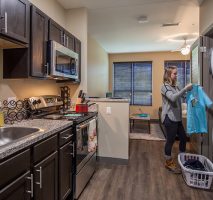