Hardin County Schools Early College and Career Center is more energy efficient than expected, according to officials from Sherman, Carter, Barnhart, the architect firm that designed the building.

A 10-month measurement reveals the building has an energy use index (EUI) of 24.

The EUI looks at how much energy is used in terms of gas and electric, said Joe Stuecker, EC3 energy management pathway teacher. That number is found by dividing the total energy consumed by the building in one year by the total gross floor area of the building.

Kenny Stanfield, principal architect at Sher­man, Carter, Barnhart, said the building is among the top five buildings in Kentucky in energy performance for K-12 education.

“We can predict energy usage at an elementary or middle school easily, but EC3 is a real specialized facility,” Stanfield said. “… To see that it’s 24, we were extremely pleased with that.”

Stanfield said they hoped the EUI would be in the high 20s.

The school was built compact with concrete that limits the amount of perimeter exterior exposure. Stanfield said the building also has geothermal HVAC system and natural sunlight in the commons area. LED lighting is placed throughout the school. Rooms also use CO2 monitoring, which calculates the amount of air needed in the room.

The building is warmer in the summer and cooler in the winter than people would normally set it. EC3 Principal Dan Robbins said the set points can be adjusted based on occupancy so when no one is around, the building will adjust to energy saving temperatures or turn heating and cooling off.

The 70,887-square-foot building is net zero ready, which means it is capable of being upgraded to generate its own energy.

“We have the capability to be able to produce enough energy here to not have to buy any,” Stuecker said. “We don’t have any solar panels.”

In an effort to save more energy and ultimately money with what they have, Stuecker’s classes are studying the building to find any adjustments that can be made.

Stuecker’s students have placed equipment in the building at different times this year and monitored energy being used. The equipment measures temperature, relative humidity and light intensity. One discovery was the natural light coming in from the lobby in the daytime is reason enough not to turn on lights.

“We look at each individual light, how much they use, multiply it all out and we come up with a figure of this is what it costs us during the day to use our lights,” Stuecker said. “Then we compare that to what it will cost to not use it and what it will cost to put the systems in place to keep those lights off.”

The biggest energy factor in most buildings, he said, is heating and cooling, so making proper adjustments to those temperatures can make a difference.

“When you’re in a building and you’re a part of what’s going on in the building, you don’t pay attention to a lot of things,” Stuecker said. “That’s where we come in. I’m training these students to observe and notice these things. We see the problem and then we monitor the problem and have hard, concrete numbers.”

Stuecker’s classes are working with the Elizabethtown Police Department to perform an energy audit as a learning experience and plan to perform audits on other schools in the district to help reduce costs on energy. 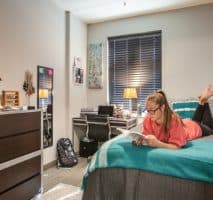 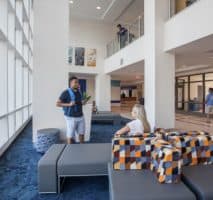